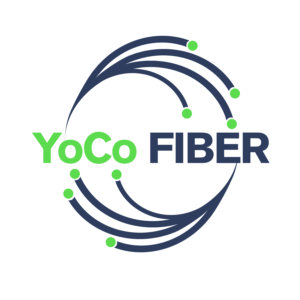 This week the York County Board of Commissioners unanimously approved two recommendations advanced by the YoCo Fiber Broadband Task Force. The approval allows the Task Force and County staff to finalize agreements with Lit Communities that will help expand broadband infrastructure in underserved portions of York County. Lit Communities provides full, turnkey solutions for building broadband infrastructure for communities of all sizes across the country.

In June 2021, the Commissioners allocated up to $25 million in federal American Rescue Plan Act funds to help close the digital divide for the estimated 25 percent of County residents who lack high-speed internet access. Many of those residents are located in areas of the County where up to 74 percent of households lack the ability to connect to broadband. Since June 2021, a task force led by the York County Economic Alliance and composed of representatives from business, government, health care, education, and other sectors have advised the Commissioners on the most efficient use of the funds, including the recommendation to approve two agreements with Lit Communities.

“These approvals are a major step towards implementing our YoCo Fiber countywide broadband strategy,” said York County President Commissioner Julie Wheeler. “York County cannot leave our residents and businesses behind when it comes to essential broadband infrastructure. We’re proud of the public-private partnerships being developed to leverage public grant funding with private capital to address the digital divide.”

The first agreement will form a public-private partnership between Lit Communities and York County to create “last mile” networks in four communities along the York Heritage Rail Trail—Seven Valleys, Glen Rock, Railroad, and New Freedom—at no cost to the County. Lit Communities will deploy its own capital to connect homes and businesses in the four communities to high-speed broadband internet made available by 16 miles of County-owned fiber previously installed underneath the rail trail. The agreement will outline a revenue sharing model with the County to help advance future YoCo Fiber initiatives.

The second agreement is for design and construction of the first 144 miles of a County-owned middle mile network throughout much of southern York County. The middle mile is a combination of underground and aerial fiber cable that will provide a backbone of fiber in underserved areas and entice private internet providers to offer high-speed internet services in areas where they would otherwise not provide service. Lit Communities will provide design and engineering services and assist the County in publicly bidding the construction portion of the project. The Commissioners previously allocated funding not exceed $20 million to complete this work.

Both agreements were the result of public Requests for Information that resulted in eleven firms expressing interest in the last mile and middle mile projects. Following interviews with finalists, the task force identified Lit Communities as the strongest partner.

“We are grateful to the County Commissioners for continuing to lead the Commonwealth in closing the digital divide for underserved residents and look forward to continuing our partnership with Lit Communities,” noted Silas Chamberlin, Vice President of Economic & Community Development with the York County Economic Alliance, who chairs the YoCo Fiber Broadband Task Force. “York County is establishing partnerships with the private sector that will not only help residents connect to the internet for business, telehealth, remote education, and other basic needs but also provide a financial return to the County in the future. This is a huge win for York County.”

Final agreements with Lit Communities are being developed and should be approved by the Commissioners within the next 30 days, after which work will commence on both projects.

For more information on YoCo Fiber and to follow progress in the coming months, please visit YoCoFiber.com