The York County Economic Alliance (YCEA), along with their Board of Directors, is proud to announce the elevation of two key leadership positions within the organization.

Silas Chamberlin, Ph.D, currently serving as the Vice President of Economic & Community Development, will be elevated to the role of Chief Strategy Officer.

Katie Mahoney, currently serving as the Vice President of Marketing & Communications, will be elevated to Chief Marketing & 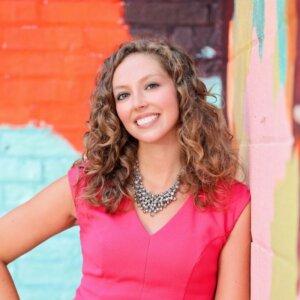 “The elevation of these two key positions exemplifies the impact and leadership of Katie and Silas within our community,” said Kevin Schreiber, President & CEO of the YCEA. “They have been leading efforts in their respective fields with innovation, collaboration, inclusion, and success for several years. They are each a driving force to make things happen in York County, these promotions in position, title, and responsibility recognizes that.”

Katie joined the YCEA almost six years ago and has overhauled communications and marketing for the YCEA and affiliates, including a significant rebrand and the development of the I Heart YoCo campaign. She leads a team of eleven responsible for more than 130 events, over 1,000 YCEA members, strategic communications, and celebrating all things YoCo.

Beyond her work with the YCEA, Katie is Vice President of the Board for York County SPCA and a member of the York Symphony Boards of Directors. She is a 2022 York Federal Fellow through the White Rose Leadership Institute, and recently completed an executive education program through Yale School of Management. 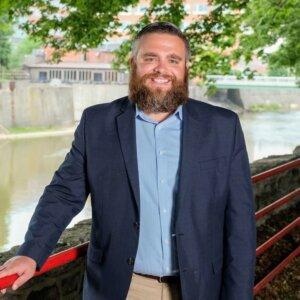 economic impact through York County and Downtown York. Since then, Silas has been instrumental in the launch of the York County Trail Towns program, now active in 7 municipalities. Silas also played a key role in developing the County’s 10-Year Economic Action Plan and chairing both the the YoCo Strong Recovery Task Force during the COVID-19 pandemic and the YoCo Fiber Countywide Broadband Task Force. Silas’ work has also helped shape the forthcoming initial phase of the the Codorus Greenway, the largest green infrastructure project in the City of York’s history. In 2022, Silas’s team launched the BLOOM Business Empowerment Center, which has now raised nearly $7 million to make capital more accessible to businesses owned by women and people of color.

Silas serves on the boards of the York County History Center, Lancaster Conservancy, PA Downtown Center, York County Rail Trail Authority, and was appointed by Governor Wolf to the PA Conservation & Natural Resources Advisory Council. He is a past chair of the Pennsylvania Humanities Council.

Silas holds a PhD in environmental history from Lehigh University and his book, On the Trail: A History of American Hiking was published by Yale University Press in 2016. Silas’ research on rail trails has been published by Landscape Architecture Magazine and other national publications. In 2015, Silas received a state trail advocacy award from American Trails, for his work to advance trails in Pennsylvania. He recently received national recognition as a 40 Under 40 honoree by the American Chamber of Commerce Executives (ACCE) organization. Silas was a 2019 York Federal Fellow through the White Rose Leadership Institute, during which he earned a certificate in commercial real estate from Cornell University.